Worried about double taxation as a U.S. expat? Tax Form 8833 is here to save the day. Paying taxes twice on the same income is a concern most U.S. citizens have if they earn income abroad. Luckily, the U.S. has entered into tax treaties with many countries to help alleviate that concern. Tax Form 8833 is how you’d claim and report certain U.S. income tax treaty benefits, which can include anything from lower tax rates to full tax exemptions on certain types of income and pensions.

Read on to learn more about this form and how to claim these benefits in your yearly tax filing. Ready to file Form 8833? No matter where in the world you are, we’ve got a tax solution for you. Get started with our made-for-expats online expat tax services today! 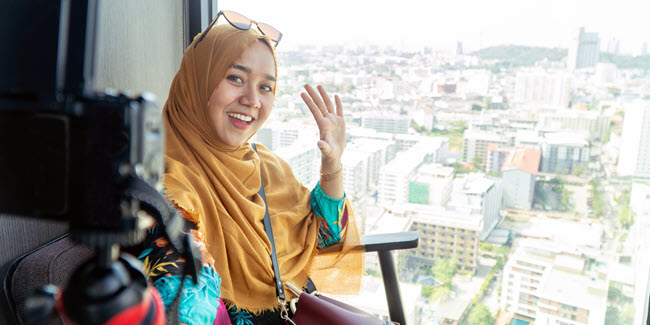 Each country has its own tax system, laws, and income categories, which can create a headache for U.S. citizens trying to file U.S. expat taxes. Tax treaties between countries serve to clarify or erase any confusion over benefits. Most U.S. tax treaties have specific provisions for Americans who live and work within that country’s borders.

Take the U.K., for example. The U.S./U.K. Tax Treaty has special provisions for U.S. citizens living in the U.K., including double-taxation prevention for capital gains and income taxes, a provision for pensions, and a provision that the two countries can share tax information about their residents. There is a similar treaty in place between the U.S. and Canada, and many other countries.

Form 8833, the Treaty-Based Return Position Disclosure Under Section 6114 or 7701(b) is the form you’d file if you wanted to claim certain tax treaty benefits specific to your country of residence. It provides an explanation to the IRS as to why certain income is receiving beneficial treatment because of the treaty.

There are consequences to not filing this form when you’re supposed to—you can be fined up to $1,000 for each year you failed to report your treaty position.

How do I claim tax treaty benefits using IRS Form 8833?

How do you fill out Form 8833? Before you file this form, make sure you need to—the majority of treaty benefits in fact do not require the filing of form 8833. For example, you don’t have to file if the treaty reduces or modifies the taxation of employment income, pensions, annuities, social security, and other public pensions, as well as income derived by artists, athletes, students, trainees, or teachers. Form 8833 is used in other situations, such as declaring tax treaty-based residency which allows a U.S. tax resident to file a U.S. nonresident tax return.

If you do need to file it, you also need to include a statement summarizing your situation. This summary trips up many expats as you must be extremely detailed in this summary and include the following information on the form:

Under IRS Code 862, income received for services performed in the U.S. is considered U.S. source income and thus taxable to U.S. citizens. However, Article 24 of the United States-United Kingdom treaty allows such income to be resourced as U.K. source income which deems the U.K. income tax paid on the income as eligible for the foreign tax credit as necessary to alleviate double taxation.

You’ll likely have to consult with an advisor on if you need to file Form 8833. That’s why it’s in your best interest to let a professional handle the details for you. If you work with H&R Block’s Expat Tax Services you can simplify your process by letting our experts take care of the finer details.

Confused about whether you need to file Form 8833 or not? Let our experts help you out. No matter where in the world you are, we’ve got a tax solution for you. Get started with our made-for-expats online expat tax services today!

Who must file an FBAR?

If you hold or control the distribution of a foreign account, you may need to submit FBAR tax forms. Learn more about how to file an FBAR at H&R Block.

Find out why you may need to file an IRS form 8938. The experts at H&R Block will help you file your Expat taxes with ease.

What is a nonresident alien?

Find out the definition of a non-resident alien and see how it may affect your tax filing status.